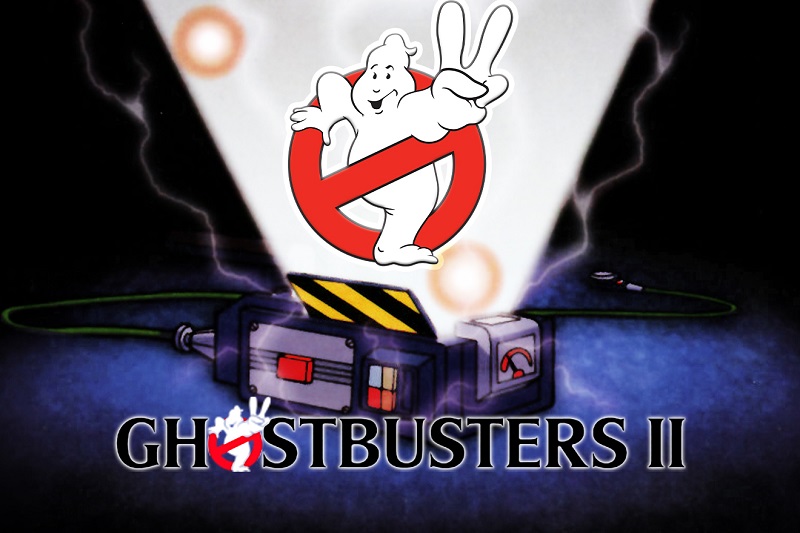 The characters created by Dan Aykroyd and Harold Ramis became a commercial phenomenon. They were so popular during the eighties that if a spirit gave you trouble, you should call the Ghostbusters.

Video game companies did not remain aloof from the success of this supernatural comedy and marketed games of dubious quality for computers and consoles. Surely the cartridge produced by Activision for the NES still haunts many gamers who dreamed of donning the proton gear and found themselves in a pixelated nightmare aboard the Ecto 1.

When it seemed impossible to find a good game that would adapt the franchise competently, it appeared New Ghostbusters II in the european market for Nintendo NES PAL. HAL Laboratory developed a video game with the material it referred to, Ghostbusters II. Material that previous titles had surprisingly missed or only scratched on the surface. This was due to the bad habit of adapting videogames already created to films other than these; For this, some graphics were changed for popular characters and many mediocre video games were produced such as Nightmare in Elm street.

New Ghostbusters II It managed to differentiate itself from the previous titles by following the main characteristics of the argument on which it is based. First of all, we can choose two of our ghostbusters favorites to start a game, including Louis Tully. Although there is no difference between the characters at the level of mechanics, they are well represented and the option is appreciated.

The first Ghostbusters we choose is the one who carries the proton equipment and we move around the stage. The second will automatically follow us and take care of the trap to capture ghosts. The main mechanic consists of weakening the ghosts with the lightning and when they are tender, catching them with the secondary character. As a consequence of this mechanic, the gameplay suffers, because sometimes the bearer of the trap has problems following us around the map. However, it occurs rarely and control is easy.

Second, the scenarios reflect the locations and events of the film. Our goal is to capture all the ghosts on the stage to finally face a final boss. To do this, we visit recognizable places from the film such as the courts, the sewers or the museum.

Scenarios and enemies taken directly from the movie

In addition, we are faced with the typical ghosts of the franchise already original spirits of the game. We'll catch several runners, guys who run, ninjas; a cast of diverse spirits that present different challenges. The battles against the final bosses range from the Scolleri brothers to the nefarious Vigo the Carpathian. In this way, the title of HAL manages to transport us to the film, something that previous video games did not even intend.

Definitely, New Ghostbusters II offers a fun and addictive experience. A title without many pretensions, but that delights with simple mechanics and its fidelity to the film, something really strange in 8-Bit video games. If you fancy wearing the gray jumpsuit and the proton team, don't hesitate, who do you have to call? To the Mass!

I would like to dedicate myself to reading, writing frequently and enjoying the game.