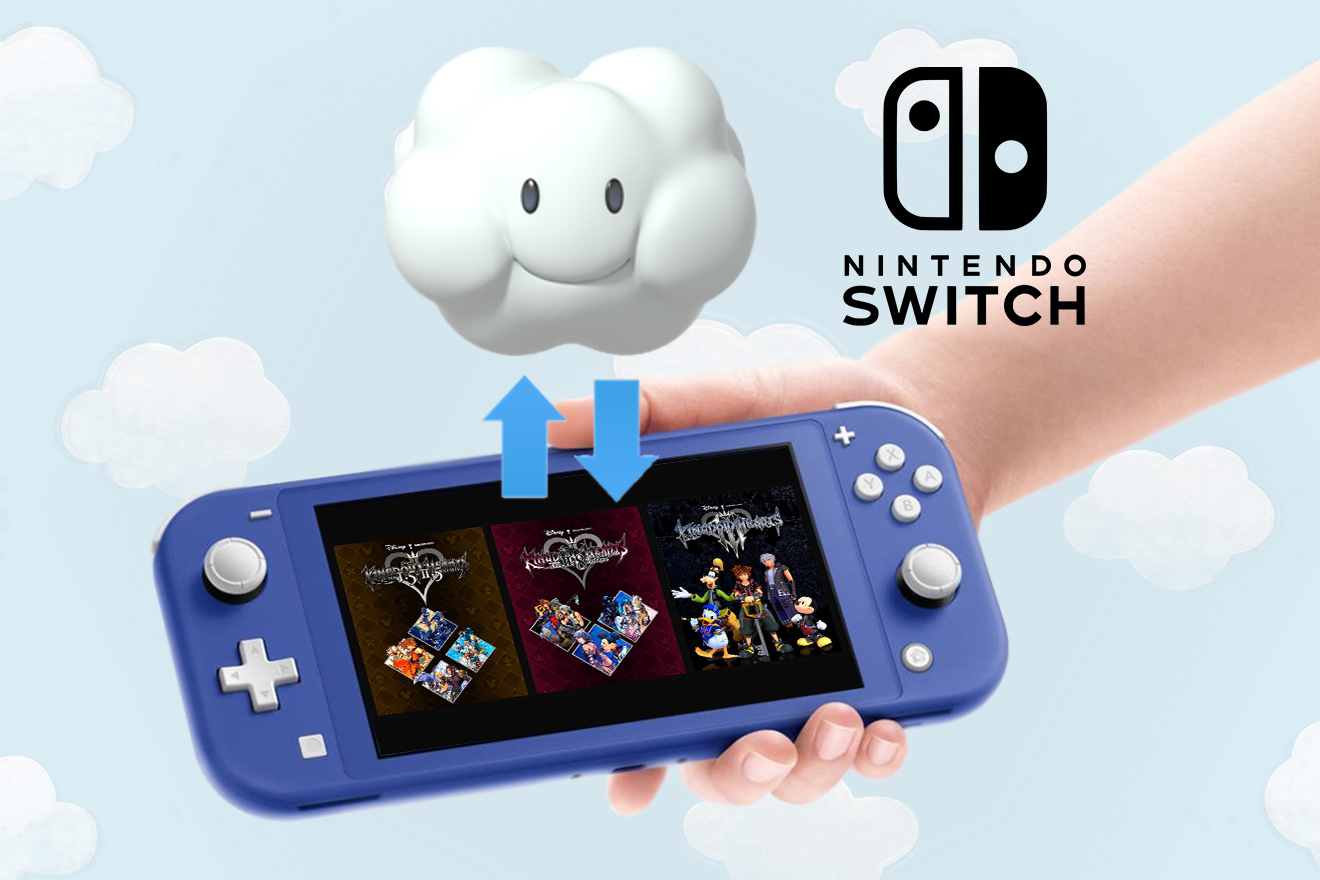 Nintendo Switch and its game in the cloud

Nintendo introduced us to the fighter who will complete the squad of Super Smash Bros. Ultimate (Switch, 2018). Quite a surprise and a good choice: Sora of the saga Kingdom hearts. A beloved character among players who brought us one more piece of news: the video games of this series will soon arrive on Nintendo Switch. Something predictable that they will end up being thrown in the console most sold throughout the year in Japan but not so much the way they will. We will not see a physical or digital launch but in the cloud. A Cloud version not very well received by much of the community.

Nintendo Switch already has some games like this, the Kingdom Hearts saga will not be the first, but it is not a well-known option among users. Broadly speaking, it works like Google Stadia: our Switch serves as a link between remote servers that run the game and the screen. The console replicates a signal that is sent from the cloud so it does not matter its hardware. Here what we must take into account is a good internet connection.

Clarify that we are not talking about a cloud service as a subscription similar to PlayStation Now but to acquire a game that we can only play through streaming. It is not a rental either as the game will remain in our library although we will not be able to run it without an internet connection. A mode of sale that generates a bit of uncertainty because when the servers disappear it will be, in theory, impossible to play the game. In addition, we must always have a good internet access point and taking into account the portability of the Switch, this can be an inconvenience.

The person in charge of inaugurating the game in the cloud on Switch was Sega with Phantasy Star Online 2 in 2018 but only for Japanese console accounts. The infrastructure of the Japanese country in terms of connections has more stability than in Spain and we could consider it as an experiment. Shortly after Capcom decided to go up Resident Evil 7 to the cloud for Switch and, also, only for Japanese users but in this case it was a rental because for 2000 yen we could access this version for 180 days. This does not reach the graphic quality of the PS4 or Xbox versions but it moves stable to 720p in addition to being in charge of testing the acceptance of this type of business on the Nintendo console. The same did Ubisoft with Assassin's Creed Odyssey in this format but here the game did stay in the console's library.

To Europe the first Cloud version what came to us was Hitman 3 at the beginning of 2021 and now it is the turn of Control Ultimate Edition - Cloud Version of which we have tested its free demo. With our 300Mb fiber optic internet and the console connected via WiFi we have not had slowdowns or the feeling of playing through streaming. Very good work in this regard by Ubitos, those in charge of this conversion. If we have doubts about the response of our connection to the game in the cloud, we have the option of trying the game for 10 minutes. This will help us decide whether to buy it or not. If so, we can do it through the eShop of Nintendo Switch for 40 euros. As we said, Control Ultimate Edition - Cloud Version it is not saved in the memory of our console. We have the game but we can only enjoy it through the internet.

Graphics are sharper than most games run natively on Switch and there are hardly any drops in frames. As for the gameplay, the response is fast and we have not noticed input lag (the time it takes for the action to be reflected from when we press the button on the remote). We can also choose in the game between performance mode for more unstable connections or the graphic to enjoy higher resolution. This is becoming a common practice in new generation games. The general feeling it causes us is the same as if the game were being played from a cartridge on Switch. You hardly notice the difference and this is a good thing.

The next games to join these cloud versions will be the main ones in the Kingdom Hearts saga: Kingdom Hearts HD 1.5 + 2.5 ReMix, Kingdom Hearts HD 2.8 Final Chapter Prologue Y Kingdom Hearts III + Re Mind. They can be purchased separately or in a compilation called Kingdom Hearts Integrum Masterpiece for Cloud. Square Enix has not yet communicated when we will be able to do so or the price at which they will be available for sale in the Nintendo eShop. Expanding the catalog of a console is always good news but perhaps this popular saga should have had another type of release, physical or digital, to reach a wider audience. Nintendo Switch has shown with conversions like Doom Eternal or The witcher 3 which can run games that need a lot of performance at the level of hardware so this cannot be the excuse.

Cloud gaming is still taking off and in a nintendo console We consider it a novelty. Being able to enjoy games that require many technical requirements regardless of the system that runs them opens up a whole universe of possibilities. Despite this, it is subject to an excellent internet connection and this is its main drawback. The prices may seem a bit high for a video game that is run from a remote server and not being able to enjoy it on the Switch offline is something that the consumer should assess before purchasing. It is important to know that a subscription to Nintendo Switch Online is not necessary to be able to play these Cloud version.

Maybe games as popular as the saga Kingdom hearts help spread cloud gaming among Switch users. And this would open the door to more game conversions that need more power to run. Services like what Google Stadia offers us have been relatively successful. But Nintendo always follows a somewhat different path from the rest: cloud gaming for Switch is not a service in streaming of large collections but the individual payment for each one of them and that become part of your collection. It is the step beyond digital shopping and perhaps the future.

Kokiri passionate about the number 64 who will not hesitate to wield his sword to defend the Great N. He managed to escape from a dungeon and since then he loves to tell stories of the worlds he has been in, be they blue, green or red.