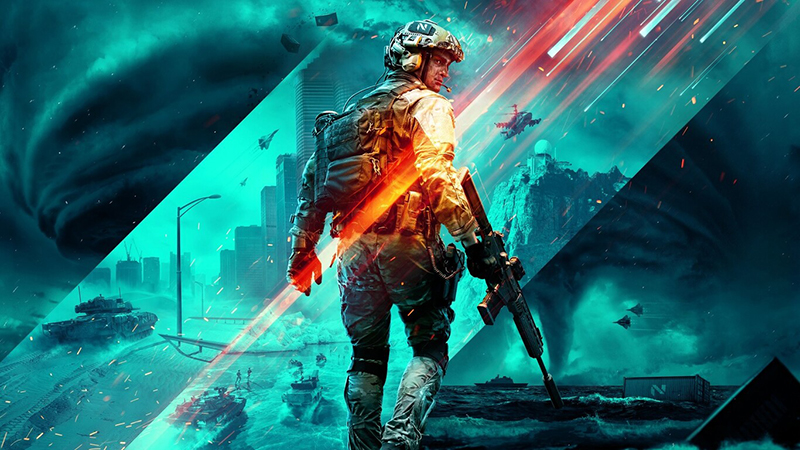 EA Y HE SAYS they have presented Battlefield 2042, a new installment of their veteran war franchise focused on an ambitious and extensive multiplayer mode.

The game will once again be inspired by a fictional conflict between the United States and Russia set this time in the near future. Battlefield 2042 It will dispense with the campaign to focus solely on open-world multiplayer.

The maps will be able to gather up to 128 players in the versions Pc, XSX / S Y PS5. In Playstation 4 Y Xbox One They will have games with a maximum of 64 players. The study has confirmed Total War, the new generation of Conquest and Breakthrough.

In the first, the maps will be divided into sectors with several points to conquer, the objective will be to capture them all to dominate a certain sector. On Breakthrough the two teams will be divided into attackers and defenders. The defending side will have to protect the different sectors of the map while the attackers press to capture the different sectors in a specific order, all in a limited time.

EA Y HE SAYS have confirmed that they will soon present another game mode baptized as Hazard Zone, a more current experience based on team matches. But this is not all. The developer studio also announces another experience that will be presented on July 22 and is described as “a love letter for fans of Battlefield and a mode that veteran players will enjoy“.

The design of the maps, together with the treatment of the different effects, have always been the hallmarks of the saga. Battlefield 2042 will offer the largest and most destructible maps to date with the new component sandbox that will characterize this delivery. The game will start with a total of seven different maps, with locations as disparate as a base in Antarctica, an oil station or the classic urban setting. Breakaway will be the largest stage created for a Battlefield, endowed with more than 5.9 square km.

The dynamic weather on the maps will allow the introduction of different effects that may alter the game, such as tornadoes. The destruction of the scenarios will reach a new level, offering many possibilities when it comes to destroying buildings and different elements of the environment, as well as the creation of improvised covers.

Players will have at their disposal Specialists, a new type of soldiers based on the usual classes of the saga. On this occasion they will offer a more personalized experience through a total of 10 different specialists. Each soldier will have their own tool or differentiating role, however, all soldiers will be able to use any type of weapon.

One of the most attractive novelties will be the Plus System, a real-time weapon modification system. Players will be able to change different elements of a rifle, such as the scope, a butt or a muzzle, in the heat of battle to adapt to an ever-changing conflict and without having to leave or die in the game.

A new Battlefield It would not be complete without a repertoire of vehicles to enhance the sensations in the heat of battle. Once again we will have fighters, helicopters, boats and tanks. These units may be requested for deployment at specific points on each map.